Close Menu
+
Coronavirus (COVID-19) Update: Our firm is open and serving the needs of existing and new clients. Click here for more information.
Philadelphia Family Lawyer > Blog > Divorce > Study: You’re Twice As Likely To Divorce If You Have Children Before Marriage

Study: You’re Twice As Likely To Divorce If You Have Children Before Marriage 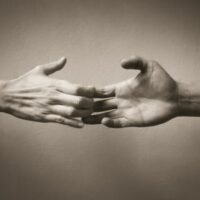 A recent study published in the Journal of American Psychology has something to say about one of the risk factors for divorce. According to the study, couples who have children before marriage are 200% more likely to divorce than those who wait until after marriage to have children.

The study threw out a lot of numbers, but the conclusion was that couples who marry after having a child together have a divorce rate of 19.1% while couples who did not have children before their marriage divorced at a rate of 9.5%. Key to understanding why this is the case, the study asked volunteers to rate their overall marital satisfaction. Those who had children prior to marriage reported less marital satisfaction when questioned on 8 specific issues. Further, this impacted the way in which couples communicated with each other. Communication between couples who had children prior to marriage showed that they were more likely to use negative communication techniques, and overall, their communication was less effective.

What does it all mean?

In fact, studies like these hardly ever discuss ‘why’ something occurs. First, science must establish that it is not a human perception but a verifiable fact. This is done statistically and through sampling. The study indicated that couples entering marriage with a child had less marital satisfaction and hence were twice as likely to divorce. However, did the study follow through with couples that had children during their marriage? It did not. Further, a decrease in marital satisfaction was never correlated to the entry point of a child into the relationship.

Study: 80% of couples report having a child did not lead to divorce

There are sensational ways of expressing data that draw your attention. The title of this blog post is an example of this. The title of this section more accurately describes what is happening in these marriages. 80% of couples find that having a child prior to marriage did not cause their divorce, lead to less marital satisfaction, or harm their communication.

If you are considering divorce, call the Law Office of Lauren H. Kane today and our Philadelphia divorce lawyers can discuss your options with you moving forward. Phone us today at 215-918-9453 or fill out our online form to schedule a consultation.

By Lauren H. Kane | Posted on February 3, 2022
« Study: Poor Communication A Major Risk Factor In Divorce
Four Issues You May Face Post-Divorce And How To Address Them »