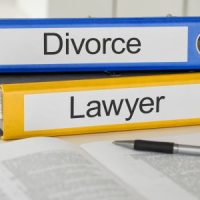 A recent study seems to indicate that husbands are less likely to stick it out with infirmed wives than wives in a similar position. In other words, divorce rates go up when a wife is presented with a difficult medical diagnosis.

According to the study, a wife is 6 times more likely to be left after a difficult medical diagnosis than a husband. The phenomenon is now called “partner abandonment in patients with serious medical illness”. The results were based on a survey of 515 patients who had serious medical illness. Specifically, the patients were diagnosed with a brain tumor, some form of cancer, or multiple sclerosis. In 90% of separations that occurred, it was the woman who had incurred the serious illness.

Theories on why this is the case

While men may be six times more likely to leave their partners, it doesn’t mean that there are “a lot” of men leaving sick wives. It just means that the people who are leaving sick partners tend to be men. Another factor that predicted an impending divorce after a difficult diagnosis was the state of the marriage prior to diagnosis. Marriages that were doing well prior to the diagnosis were unlikely to result in partner abandonment. Marriages that were doing poorly were more likely to result in partner abandonment.

One of the top theories on why men leave sick wives has to do with traditional gender roles. Women are much more likely to act as primary caregivers to children, even their husbands, and when husbands become ill, wives can naturally use their instincts to help provide support. Men, on the other hand, do not provide primary caregiver roles to children or anyone (in some cases, even themselves). This results in a role reversal that men are not accustomed or qualified to provide.

What’s true is that a man in a difficult marriage is less likely to want to provide primary caregiver services to a wife with whom he is not having a good relationship. Meanwhile, wives may feel more guilt over divorcing a spouse with a recent medical issue or simply fit into the role better. Wives would be expected to provide care to sick husbands whereas sick husbands may be expected only to pay for those services.

Obviously, these are standards that have been inherited by prior generations, but they are still present and impactful on modern culture, even as that culture permits more family dynamics than simply male breadwinners and female caregivers.

The Law Offices of Lauren H. Kane provides divorce counseling and legal services to individuals who are pursuing divorce. Call our Philadelphia divorce lawyers today to schedule a free consultation and we can discuss your immediate goals as you write the next chapter of your life.