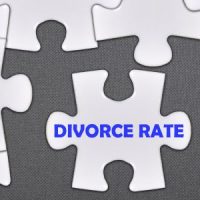 A new research study indicates that states that raised the minimum wage reduced divorce rates among the working poor. Before you throw out the confetti, you should know that in these same states, poorer couples tended to wait longer to get married, even when marriage was on the horizon.

None of this should be surprising to those who have followed this blog. Americans are very concerned with finances. While having a boyfriend or a girlfriend is not necessarily a financial obligation, moving in together and getting married requires two individuals to operate as a single financial entity. Poor individuals who were able to make ends meet had fewer financial squabbles than those who could not. In states where the minimum wage was higher, the couples divorced less frequently.

How to keep poor people married

This is a political problem because the very same people who are interested in reducing the rate of divorce tend to be the exact same people who do not want to see the minimum wage go any higher. That’s just how the political chips have fallen in America, but the study is raising eyebrows on both sides of the aisle. Those who support a federal minimum wage are appealing to conservatives who want to strengthen the marriages of low-income people. If a higher minimum wage can reduce the divorce rate, then will we see conservatives start advocating for a basic income? The answer is probably not. In the hierarchy of needs, reducing the divorce rate comes secondary to appealing to the business interests of monied parties. In other words, ensuring investment in communities is considered more important than keeping poor people from divorcing each other.

Traditional approaches to preventing poor divorce have involved relationship education, placing barriers on divorce, and other efforts that had little or no impact. If simply providing a more comfortable life for the working and married poor is going to reduce costs on the government related to divorce proceedings, then it may be something we have to look at harder.

This seems to indicate that individuals experience considerable stress over their finances. The working poor especially are among the most stressed out and overworked members of society. They generally spend nearly 100% of their income on basic needs such as rent, utilities, car payments, clothing, and food, the cost of which is all rising even as wages remain the same. In other words, financial stress is rampant right now and it has a tendency to harm marriages.

Lastly, the study may be indicative of an overall trend in the labor market in which younger workers (18 – 35) are those who tend to take up the most minimum wage jobs. However, in cities and states that have enacted higher-than-federal minimum wage requirements, these marriages are less likely to face the same financial stress that destroys so many others.

Philadelphia divorce lawyer Lauren H. Kane represents the interests of spouses who are currently considering divorce. Call today to schedule a free consultation and we can discuss your goals and how to achieve them.