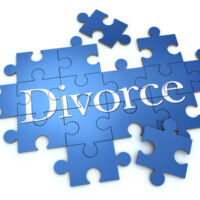 According to a recent study, if a man is married to a woman who is three years or older than he is, the man is 87% more likely to initiate a divorce than other men with wives of an age with them. The study indicates the reverse is not true. Women will stay with partners who are older than they are with more frequency.

Is age gap a risk factor for divorce?

The study showed a correlation between age gap and divorce. The chances of a younger man divorcing an older woman increased 8% for each year older she was than he. Similar findings have shown that men prefer women who are younger than they. Nonetheless, women tend to divorce these men at higher rates than they do men their own age. So, while men who are married to younger wives tend to see more satisfaction in their marriages, the women to whom they are married tend to show decreased satisfaction. That means age discrepancy is correlated to higher rates of divorce.

Reversing this, women who were married to younger husbands also reported increased rates of marital satisfaction, but their husbands reported decreased rates.

While both men and women with younger spouses reported increased marital satisfaction at the beginning of their relationships, those same studies showed a rapid decline in the overall satisfaction in the marriage when considered over a period of six years. It would appear that the 7-year-itch is real, after all.

But why? The study did not delve into the obvious, such as a lack of sexual satisfaction in the marriage, but rather implied that economic stressors were worse for couples who had large age differences than couples who were similarly aged. Economic shock or even common marital stressors tended to destroy these relationships with more frequency than marriages in which the spouses were aged within 3 years of each other.

If your marriage is headed toward divorce, there are a number of steps you must take to secure your interests. Call a Philadelphia divorce lawyer at the Law Offices of Lauren H. Kane today at 215-918-9453 to schedule a consultation and we can discuss your next steps immediately.