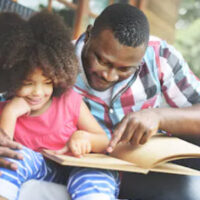 Who Will Get Child Custody?

Perhaps the most common question of them all, of course parents want to know if they will be awarded child custody. The answer depends on a number of factors. If you and your spouse can reach an agreement, you can draft a plan that is equitable to everyone. If your case goes to court, a judge will decide which parent gets child custody and when making the decision, they will only consider what is in the child’s best interests.

What Types of Custody are There?

The main type of custody people generally think of is physical custody, or who the child will live with after the divorce. Legal custody is another type of custody that determines which parent can make important decisions for the child. These decisions may include healthcare, religious upbringing, and education matters.

As with so many other legal questions, the answer to this one is that it depends. Whether one parent has to pay child support is determined by examining the disparity in the parent’s incomes. If a non-custodial parent has a child for 40 percent or more overnight visits in one year, there is a presumption that they are entitled to a reduced child support obligation.

Do Grandparents Have Custody Rights?

Yes. The Grandparents Visitation Act in Pennsylvania allows grandparents to petition the court for either physical or legal custody of their grandchild. The court must find that it would be in the best interests of the child to live with their grandparents instead of their parents. Grandparents must also have a genuine concern about the care of the child, a relationship with the child that started with the consent of the parents or a court order, and they must have assumed the role of the child’s parent for at least 12 months.

If you are going through a divorce or have a child custody issue, our Philadelphia family lawyer at the Law Offices of Lauren H. Kane can help. Attorney Kane will answer all of your questions about the process, and give you the best chance of success. Call us today at 215-918-9453 or fill out our online form to schedule a consultation.

By Lauren H. Kane | Posted on February 16, 2022
« Four Issues You May Face Post-Divorce And How To Address Them
Do Divorced Parents Have To Pay For College? »