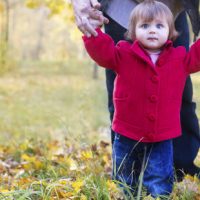 A recent study sought to determine how intimate partner violence (IPV) impacted the outcome of custody cases. In a sample of 190 cases taken from a county in Central Illinois, there was nearly no indication of IPV being claimed by the women in the study. In fact, some divorce attorneys have reported that reported IPV can sometimes result in worse outcomes in custody cases for women. Is this true? Is this related to one district? Are women penalized for reporting abusive spouses to the courts?

There’s a lot to unpack here and the conclusions are startling.

How to get sole custody of your children

If you want sole custody of your children, you’re going to have to fight for it. That means that you will need to present evidence to the court as to why your spouse is unfit to have custody of the children. The courts presume that it is in the child’s best interests to have both parents in their life. They only remove a parent when there is good cause.

It takes longer to prove these cases. In the above-studied district, cases involving custody disputes took an average of 18 months to resolve. That’s 18 months in a potentially unsafe environment for the parent and children. Not only does it cost more to fight for custody, it gives an abusive spouse access to the other spouse and children for a period of time while the matter is being resolved.

The study made a distinction between violence that erupts between spouses situationally and violence that is predicated on coercion and control. The second type of violence (abbreviated CCV) is of greater concern than the first. The amount and scope of the violence often goes undetected in these cases and rarely does it make it into the court record when it comes to custody issues. That being said, not all violence is relevant to a custody situation. In cases where there is a mutual exchange of physical violence or the aggressor is unclear, it may not matter to the court so long as the parents are apart from one another.

In CCV cases, the issues that are generally more subtle are unlikely to result in domestic violence calls, and are geared toward emotional control of the spouse rather than an outburst of anger. In other words, there is a pattern of abuse. In other cases, the violence may not be reported either because it could negatively impact the mother’s custody demands if the court found that the violence was mutual or impulse control issues factored into the situation.

The study recommends that attorneys for divorcing couples train to recognize the signs of IPV in their clients. The clients themselves aren’t reporting the IPV even in custody cases due to legal issues, fear, and the threat of the effort backfiring.

The Law Offices of Lauren H. Kane handle complex custody issues for divorcing couples. Call a Philadelphia divorce lawyer at our office today to schedule an appointment and we can begin discussing your options immediately.

By Lauren H. Kane | Posted on November 3, 2022
« Exclusive Use Of The Marital Home During Divorce
Husband Files For Divorce After Wife Stages Kidnapping »