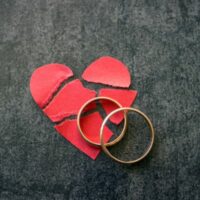 A recent study has shown that men who live alone for more than seven years and lose at least two relationships are more likely to die early. A linked issue is heavily connected to divorce. The study postulates that men who divorce in their middle years tend to have smaller social circles than women of the same age. This results in a lack of support structures that result in the male isolating and turning inward.

Men who live alone for more than 7 years show an increased risk of a broad spectrum of health issues. These include inflammation, heart disease, heart attack, stroke, cancer, and dementia. The study was conducted over a period of 25 years and tracked men aged 48 to 62. Women who were studied alongside men with the same factors showed no increase in inflammation.

Essentially, it’s pain, or at least, that’s how your brain interprets it. When your body is fighting something that is harming it, it’s called inflammation. Inflammation, while a natural body process, is linked to an increased risk of heart disease and cancer. When your body is in pain, it releases chemicals that trigger an immune response. If the inflammation remains high enough for long enough, it could begin damaging healthy cells. This results in cancer, heart disease, and other chronic conditions. It also hurts. Those who live with chronic inflammation tend to medicate themselves or seek medication. They may use drugs or alcohol to manage the problem. Inflammation can be triggered by emotional distress. Hence, there is a link between emotional distress, heart disease, and cancer.

It’s no secret that stress causes heart problems, mental health problems, and everything else. However, the link between emotional distress, inflammation, and specific physiological conditions such as heart disease and cancer has not been thoroughly fleshed out until recently. We now understand more about the triggering of stress-related disorders than we ever have before. But we also know more about the impact of divorce on men, and it’s not good.

While divorce will be inevitable for some relationships, men need to be very careful about their post-divorce life. Seeking out counseling to deal with the emotional issues may show weakness, but it also shows a commitment to yourself and your future. Nonetheless, many men are riddled with guilt and self-loathing after divorces while others are riddled with rage. Neither tends to have a positive impact on their health. So making more of an effort to reach out can, according to this study, extend your life.

Considering divorce? Call the Philadelphia divorce lawyers at The Law Offices of Lauren H. Kane today at 215-918-9453 to protect your interests and secure your future.