Popular Actress Gets A Rash After Divorce 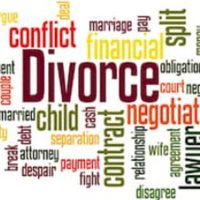 Kaley Cuoco revealed in an interview that her divorce was so stressful that she developed a skin rash that rendered her unable to walk for several weeks. It was then that she decided to reach out and ask for help. Not only did she find a good therapist to talk to about her issues, but she spoke with the producers of the TV show she stars in, and they were more than willing to help her through a difficult time.

But most people aren’t like Cuoco. When they’re going through a dark time, developing rashes, and requiring therapy, their insurance may not cover the sessions. If they’re going through divorce, they may not have a support system of affable producers willing to work with them while they get their head straight. In fact, in many cases, employers will not sympathize with employees who are going through a dark time at all. For employees who are suffering from shock and depression, showing up to work presentable and on time can be a struggle. What happens when depression follows divorce and job loss follows depression? For men, the matter can be quite difficult to manage.

Men get depressed after a divorce

So, while men may seem like emotional automatons, they aren’t. They’ve simply been programmed by society not to show those emotions. In fact, this can be quite damaging to their emotional health. Men tend to rely on their wives for social support and when their marriage fails, they sometimes find themselves in solitude. This leads to isolation and depression which leads to cognitive issues, lapses in personal standards, and your employer’s general sense that you aren’t fully committed to your job. This can result in job loss. So what happens if the depressed spouse loses his job and can no longer afford to pay child support or alimony?

If a man is on the hook for child support or alimony, the court expects him to pay the sums ordered. If the man loses his job, he cannot pay that amount. A hearing would be held to determine if the man lost his job to jack his wife out of her court-ordered alimony and child support or if the man had a good reason for losing his job. While health considerations are always considered in favor of a non-paying parent, depression is a subjective illness that relies entirely on patient feedback for diagnosis. In other words, the woman can claim that the man is faking his depression to get out of paying child support.

For such men, it is important to understand that the courts will require proof that they are in treatment for depression. They will want notes from therapists and psychiatrists concerning treatment. They will want proof that you are sending out resumes or applications. So, the court would accept the argument, but not at face value.

Filing for divorce? Call Philadelphia family lawyer Lauren H. Kane today to schedule an appointment and learn more about how we can help.

By Lauren H. Kane | Posted on January 3, 2023
« Grandparent Custody In Pennsylvania
Divorce And PTSD: Understanding Divorce’s Impact On The Psyche »