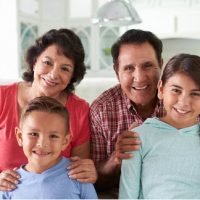 When a divorce occurs, the grandparents are often an afterthought. Yet they too have formed bonds with the children and run the risk of not having any contact with them if one spouse happens to be denied custody. However, Pennsylvania is one of a handful of states that allow grandparents to petition the court to seek temporary physical custody of the child. This is similar to a parent having visitation rights. The grandparents cannot make legal or medical decisions on behalf of the child but can spend time with them. Parents would be expected to maintain a visitation schedule with the grandparents.

One judge from Westmoreland County deemed the law unconstitutional. However, the decision is under appeal. As of right now, grandparents can petition the court to seek custody in every county except Westmoreland County. However, that could change pending the appeal of the aforementioned case. If the judge’s verdict is upheld, parents would not be required to surrender their children to grandparents for visitation.

When can grandparents petition for visitation?

There are three situations under which grandparents can petition a judge for visitation. Those include:

The judge’s ruling pertains to a small fraction of cases in which grandparents seek custody of children. In the case mentioned above, both parents agreed that they did not want the father’s parents in the lives of their children. The father’s parents filed a motion to compel the parents to surrender the children for visitation on a schedule. The judge deemed the rule unconstitutional because it went against the wishes of both custodians. Had the parents been together, the grandparents would have had no right to seek visitation with the children. However, the couple had been divorced for at least 6 months, so the judge was forced to consider the motion, and would have ruled on behalf of the grandparents had he not deemed the law unconstitutional.

It’s important to understand that this only applies to grandparents seeking partial physical custody of a child. It does not apply to grandparents seeking sole custody of a child when both parents are either deceased or unable to provide care to the children. It’s also important to understand that the law was not meant to erode the wishes of two parents who are attempting to protect their children.

While the law has its problems, grandparent rights in custody cases are important. Generally speaking, the parents make an effort to keep their parents involved in the lives of their children. Sometimes, however, the grandparents are an afterthought in the matter and must petition the court for the right to see and visit their children.

For more information on how Pennsylvania divorce lawyer Lauren H. Kane can help you see your grandchildren, please call us today or click on our contact link here.

By Lauren H. Kane | Posted on December 20, 2022
« How To Navigate Supervised Visitation
Popular Actress Gets A Rash After Divorce »