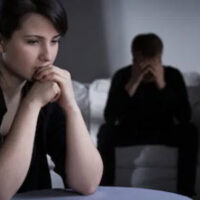 With the omicron variant now spreading its way through the United States and the world, one might question whether or not “contagious” is the right word to describe a growing trend among social groups. Social groups in which one or more members have divorced increase the likelihood of other divorces within the social group by as much as 75% according to one study. Even in cases where a friend of your friend divorces, you are 33% more likely to divorce yourself. The issue has researchers asking whether or not divorce is contagious.

The influence of divorced friends

The terms “influence” and “influenza” are both borne of the same root and there is good reason for that verbal conflation in the English language. Influential people are able to impose their values and opinions on others in the community becoming a template for exceptionalism. The flu also spreads from person to person in quite the same way. The study seems to indicate that having divorced friends makes it more likely that you too will divorce. However, the factors that go into this, other than influence, are unclear. What factors were present in the marriage before they led to divorce? Is there something about married life itself that is making divorce more appealing? Do individual spouses see the freedom that their now-single friends have and become jealous, wanting that for themselves. Do married couples feel displaced when their couple friends separate? Is it just a matter of realizing that divorce isn’t the end of the world, it’s a new beginning?

Whatever the reason, divorce seems to spread like wildfire in social circles, but it’s not the only thing that has that impact. Suicide in a community is a risk factor for more suicides within a community. Having babies is also contagious. A study from 2006 indicated that siblings were more likely to have a child after another sibling had a child.

The study also corroborated things that we already know such as children who come from divorced households are more likely to divorce later in life.

What about social media?

No studies have yet determined whether or not the divorce rate increases when a major celebrity announces their divorce. Since major celebrities announce their divorces on a weekly basis, one would conclude this would have an overall agonizing effect on the rates of divorce within the country as a whole. However, the study only focused on individuals within social networks. Obviously, social networks that were less permissive of divorce showed lower rates overall. It may simply be a matter of having someone to go through the divorce with who understands the position you’re in. This would give many the strength to leave a relationship they weren’t completely happy in.

If one of your close friends has recently divorced, you too may need a Philadelphia divorce lawyer. Call the Law Offices of Lauren H. Kane today at 215-918-9453 to set up an appointment and we can begin discussing your options immediately.