The Top Divorce Myths In Pennsylvania 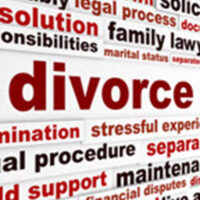 Divorce and marriage may seem like fairly straightforward concepts, but the law governs both and the laws have the potential to become complicated. Many myths surrounding marriage and divorce have arisen over the years. It is important that everyone knows what these are so they understand their rights and obligations. Below are the most common divorce myths in Pennsylvania, and the truth behind them.

Individual Assets are Not Divided During Divorce

During a divorce, all property that is acquired during them marriage may be subject to division. Marital property includes any assets and liabilities a couple acquired together during the marriage. Even when a person has an individual asset, such as a retirement plan, it does not mean it is separate property. Any funds accruing from the date of marriage to the date of separation may be considered marital for purposes of property division.

Marital Property is Divided 50/50 in a Divorce

Many states in the country are considered community property states, in which marital property is divided equally among the two spouses. Property division in Pennsylvania though, follows an equitable distribution model. This means that marital property will be divided fairly, but not necessarily exactly equal based upon may factors including work history, earning capacity, health etc….

A Relationship of at Least Seven Years is Considered Common Law

Mothers Always have the Advantage in Child Custody Cases

While at one time, the court may have been more likely to award child custody to a mother instead of the father, this is no longer true. Mothers once had an advantage during child custody hearings because they often stayed at home to raise the children while their husbands went to work. However, this is clearly no longer the case today. Many women are the main breadwinner in a home and more men are now staying home to raise the kids. A judge will take many factors into consideration when making decisions on child custody, but gender is never one of them.

Subsequent Marriages have a Better Chance of Success

It is natural to assume that because a person has been married and divorced before, they would have learned valuable lessons that make divorce more unlikely in the future. This is not true, though. Sixty percent of second marriages end in divorce, while 73 percent of third marriages are more likely to end in divorce, as well. Compare this to 40 or 50 percent for first marriages, and it is quite clear that this myth is untrue.

When getting married, or getting a divorce, you should never rely on the myths you may have heard along the way. Instead, our Philadelphia divorce lawyer at the Law Offices of Lauren H. Kane can provide the sound legal advice you need to ensure your rights are protected. Call us today at 215-918-9453 or contact us online to schedule a consultation and to learn more about how we can help.

By Lauren H. Kane | Posted on August 19, 2021
« What To Know About Health Insurance During Divorce
An In-Depth Look At Alimony In Pennsylvania »