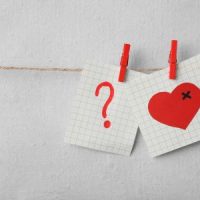 Another risk factor for divorce is living in cities. Research indicates that those who live in cities are 23% more likely to divorce than those in rural communities. While the statistic is a fact, theories on why the statistic is important are not facts. They are theories. And while theories can be as meritorious as evolution, they may also be as unfounded as Flat Earth beliefs. The merit of theory is how well it survives attempts to disprove it. Evolution has fared well while Flat Earthers have not.

Why is divorce higher in cities?

A book called The Paradox of Choice may provide us with the theoretical underpinnings to correctly interpret this data. According to Barry Schwartz, who penned the title, the more choices we have available to us, the more likely we are to be dissatisfied with our current choices. In other words, because there are more singles in urban places than there are in rural areas, folks are more likely to end marriages that aren’t perfect there than they would be to end marriages that aren’t perfect in rural areas. Rural areas provide fewer opportunities for mingling with singles. Hence, those in the city can easily start viewing their marital dissatisfaction through the lens of having multiple opportunities to get satisfaction elsewhere. The satisfaction elsewhere leads to divorce.

A study done on speed dating indicated that the larger the dating pool, the more selective people were likely to be about their potential partners, and the less willing folks were to make tradeoffs. In fact, when confronted with the reality of an enormous pool of potential partners, speed daters tended to focus almost exclusively on looks. This results in a shallower selection choice based on crude or low-effort determinations. This results in lower overall compatibility. That results in poorer couplings.

Decision fatigue is a closely linked concept in social sciences. Essentially, it deprives our brain of energy to make difficult choices. The more choices we are faced with, the more likely we are to employ low-effort thinking to make those choices. That results in poorer choices. The science seems to indicate that fewer choices result in better choices.

If life in the city is providing too many choices, then you may be in need of a Philadelphia divorce attorney. Call the Law Offices of Lauren H. Kane today at 215-918-9453 and we can discuss your next moves immediately.

By Lauren H. Kane | Posted on June 22, 2022
« Are You Putting Off Marriage To Avoid Your Partner’s Debt?
New Study Linking Premarital Sex To Divorce »