Social Media And Your Divorce 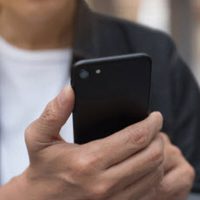 Social media has been linked to about one-third of divorces, according to a recent poll conducted in the UK. However, it is also linked to a growing number of irritated lawyers who have to corral their clients from venting their emotional state on Facebook and other platforms. Why? Well, anything you say can and will be used against you in a court of law. It doesn’t matter what you meant. It will be used against you. If it can be interpreted in a way to harm your position, it will be, especially in contested and litigated divorces.

If you have social media accounts and are active on social media, you can expect that your spouse’s attorney will use anything they find against you to hurt your arguments, assassinate your character, or otherwise improve their client’s standing with the court. Most divorce attorneys will advise you to shut down your social media accounts while your divorce is in litigation. Mediated divorces and collaborative divorces may be less hostile, but there is a strong need to tread lightly anyway. While lawyers tend to be over-cautious, we have good reason for approaching matters this way.

As much as you may want to, you shouldn’t. For those who don’t know, vague-booking is when you make a vague comment on Facebook that will be interpreted correctly by those in an intimate circle and cause confusion in the rest. The attorney for your spouse may not know what you mean, but they can use the status against you to prove that you would not cooperate with the other parent if you were to share custody. No matter what you say, the opposing attorney can and usually will use it against you.

Don’t let social media accounts reveal your location and don’t take pictures of yourself with friends while you’re out blowing off steam at the bar. If you keep your whereabouts to yourself you don’t run the risk of opposing counsel making a specious argument out of your decision to go to happy hour after work.

Have children? Be careful post-divorce too…

If you have children with someone, your divorce will never be over. Even if you were never married, custody issues will be sorted out by the court. You’ll hear a lot of stories about guys who blow up their entire relationship on Facebook and then lose custody of their children after they make violent threats. Social media has a propensity to bring out the worst in us and we may not be thinking of the consequences when we post or communicate. If you think these outbursts won’t be used against you, you are very wrong. Be careful!

The Law Offices of Lauren H. Kane represent the interests of those who are seeking divorce in Pennsylvania. Call a Philadelphia divorce lawyer at our office today to schedule an appointment and we can begin discussing your next moves immediately.