Will My DUI Affect My Divorce Or Custody Issues? 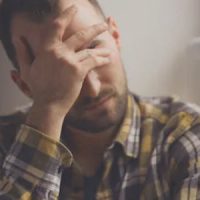 A DUI from 1997 will not impact your current divorce. However, a DUI committed while you’re going through divorce certainly will impact how the court looks at you as a potential caregiver for your children. It probably would not shock you how many good people find themselves in front of a judge due to marital and family stress. Chances are very good that if you commit a DUI while you are arguing your custody case, the DUI will be used against you. Below, we’ll discuss the situation in greater detail.

How will a DUI impact my child custody?

Poorly. If you have joint custody of your children or are currently waiting for the court to decide on the matter, the court will not look favorably on a DUI. DUI is a vice crime in which an individual loses control of their drinking habits and places themselves and everyone else in danger. The court will assume that you have low standards when it comes to your own safety and are thus a danger to yourself and your children. This is especially true in cases where a minor is found in the vehicle when the driver is pulled over. So, the court will assuredly hold a DUI against a parent who is seeking custody of their children or already has custody of their children.

However, the other parent must be inclined to press the matter before the court. So, if you already have a custody arrangement, the parent would have to allege that the current custody arrangement should be vacated in light of a criminal DUI complaint.

DUIs cost money to resolve. So do divorces. You’re already paying for the one and now you have to pay for the other. It would be fair for the other parent to presume that you lack the financial resources to care for a child while you’re managing so many financial stressors. Not only will you be paying for a DUI attorney, but your divorce case likely just got more complicated and expensive. Cheap divorces occur when both parents agree to the terms and the court has no problems with their custody arrangements. Expensive divorces involve allegations that a parent is unfit. The parent has to defend themselves from the allegations in front of a judge and this will cost a lot of money in legal fees.

If you’re drinking your way through your divorce, the world is much better for you than it was years ago. An Uber is only a few clicks away. Use it. Getting a DUI will impact your child custody case. You may lose custody of your children and be forced into supervised visitation. A divorce lawyer can help you regain full custody of your children, but you’ll have to jump through a lot of expensive hoops to get there. Uber remains a cheaper alternative.

Lauren H. Kane helps clients pursue divorce in Pennsylvania. Call a Pennsylvania divorce lawyer at our office today to schedule an appointment and we can begin discussing your goals immediately.

By Lauren H. Kane | Posted on November 29, 2022
« Fight Over Winery May Have Led To Brangelina’s Divorce
Should You Hire A Divorce Coach? »