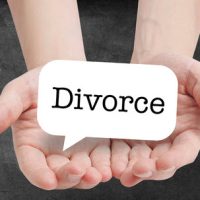 Traditionally, such studies have been interpreted in the form of religious or cultural values. Essentially, those who are strictly religious will tend toward not having premarital sex prior to marriage, while those who don’t take religion quite as seriously would tend toward both premarital sex and divorce. However, a recent study wants to link premarital sex to divorce independently of cultural or religious values. While the study may have not gone exactly the way they hoped, it does raise some interesting questions.

According to the study, those who were most likely to divorce were those with one or two partners and 6 or more partners. On the other hand, those with 3 to 5 partners did not show any uptick in their likelihood of divorce. This has led the researchers to reach some hypothetical conclusions about what the data is telling us.

Obviously, the researchers were surprised by the data which did not necessarily link premarital sex to divorce, but only certain ranges of premarital sex. Those with 1 or 2 partners showed similar divorce levels as those with 6 or more while those with 3 to 5 did not show any additional likelihood of divorce. Why?

The researchers postulated that those with one or two partners may be suffering from a past breakup that they still aren’t quite over or a “one that got away” syndrome. It’s more than likely that you’re reading this wondering whether your current marriage is headed for divorce based on your college experience. In fact, 6 or more sexual partners before marriage seems fairly standard these days.

Meanwhile, those with 3 to 5 partners may feel like they “played the field” and found the one they want to settle down with. Those with 6 or more partners may not consider sexual expression necessarily a romantic bond which may herald marital problems later.

Why is premarital sex an indicator of divorce?

While it may not seem revolutionary, the traditional interpretation may be the best. In this case, those who are not religious tend to both have more premarital sex and more divorces because they are not constrained by sexual morality. They’re correlated because they’re caused by the same impulse. While many of our traditions come from our past, in the past, people didn’t live much longer than 40 and sex was much more likely to result in pregnancy. Today, none of that is true. Hence, it takes an active cultural force to prevent natural occurrences like premarital sex or divorce when appropriate. Only under those conditions of religious social pressure is either premarital sex or divorce reduced (and by all accounts not by much), and we don’t fully understand the potential problems that arise from that social pressure.

If you’ve been serviced with divorce papers or require the services of a Philadelphia divorce attorney, call The Law Offices of Lauren H. Kane today at 215-918-9453 to begin the process of securing your future post-divorce.

By Lauren H. Kane | Posted on June 29, 2022
« Risk Factor For Divorce: Living In Cities
Do Men Don’t Ask For Alimony In Divorces? They Should »