Exclusive Use Of The Marital Home During Divorce 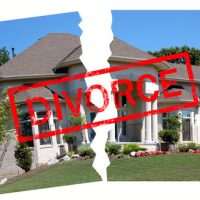 After your divorce is complete, one or the other parent is likely to end up with the house. However, while the proceedings are underway, there may be no legal requirement for either spouse to vacate. When the home itself is part of the battle, this can create serious turmoil. In many cases, the parents may want to live apart, but can’t agree on who should vacate the home. However, the stakes are quite high with such an order. If one parent argues for exclusive use of the home during the divorce, the other spouse is barred from entering the house. Hence, the fastest way to get an exclusive use order is to get a restraining order. Further, exclusive use orders can feel a lot like restraining orders to the parent who does not have access to the home.

Because the stakes are high and the consequences are bad for the parent who is denied access to the home, the burden of proof is high in these cases as well. Courts expect there to be some evidence of abuse to justify the order. Often, this comes in the form of evidence of physical abuse against the spouse or the children. Depending on how narrowly the court interprets domestic violence, they could be looking for a black eye or something equivalent before they put the order in place. A parent who is simply uncomfortable living under the same roof as their spouse may have limited remedy to remove them from the property.

What happens if there is no physical violence?

Pennsylvania courts have interpreted domestic violence to include not only physical assaults but also threats of physical assaults or intimidation. Further, the courts will want to know if the conduct makes it difficult for the children to feel secure in their home. In these cases, the judge must be convinced that the only way that you can manage the situation at home with your children is by denying the other spouse access to the home.

Otherwise, the other spouse must vacate the home and find residence elsewhere. This can leave some parents in a difficult situation because they will need to make serious allegations against their former spouse in the hopes of protecting themselves and their children.

An environment not conducive to child rearing

In some states, it can be very difficult to get a spouse out of your home during the divorce. In Pennsylvania, the courts generally want to see evidence that the environment created by the other spouse is simply not conducive to child-rearing. While violence is certainly an example, yelling or fights within the house are also considered a good reason to deny one spouse access to the house. The matter can be as simple as one spouse refusing to participate in the child-rearing. Again, the environment created for the children is considered the most important factor when denying one spouse access to the marital home.

Philadelphia divorce lawyer Lauren H. Kane represents the interests of those going through divorce. Call today to schedule an appointment and we can begin discussing your interests immediately.