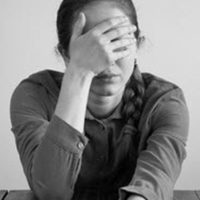 Can you be found frowning in one of your old photos? If so, this could mean that your marriage is 5 times more likely to end in divorce than others who ostensibly smile in every photo that’s ever been taken. For this study, researchers gaged the “smile intensity” of photos provided from the college’s yearbook and recruited alumni to provide details of their lives. According to the study, alumni who were not smiling intensely were up to five times more likely to divorce. The top 10% of intense smiles showed a much lower likelihood of divorce than the bottom 10% of purportedly non-intense or completely absent smiles. Folks in the bottom 10% of smiles had a divorce rate that averaged four times higher than those at the top and as high as five times as much.

The study concludes that there is a correlation between positive emotions and a better marital outcome. However, staying in a marriage isn’t always the best outcome, even for those who are smiling all the time. Studies like this are particularly pernicious because they give the impression that if you adjust your personality or had a different personality type, then your marriage would be doing better. That’s not necessarily true. Even if you are generally disposed to happiness, there are real reasons why people pursue divorce. It isn’t just because they’re generally sad or something. Abuse happens to people who are happy all the time. Infidelity happens to people who are generally happy. Trust is broken for those who are smiling all the time. Trauma happens to people who are generally disposed to being happy. How many children cried when they were sitting on Santa’s lap? How are their marriages doing? Does the context matter?

So, in applying data like this, we must be remarkably careful as to what it is that we’re actually making the data say. A generally happy demeanor is not a predictor of whether or not your spouse will cheat on you, abuse you, or destroy your trust in the marriage. However, you may be able to manage minor flare-ups that occur in your marriage better than someone who is feeling an emotional strain or lacks the patience to deal with the matter from an emotional distance. But just because you’re frowning in one photo, it doesn’t mean that you don’t have a generally happy demeanor. It’s more likely to mean that you’re amenable to playing a part regardless of your current emotional state. That, ultimately, could be harmful for you.

If you have a serious reason for pursuing divorce, call the Philadelphia divorce attorneys at the Law Offices of Lauren H. Kane today at 215-918-9453 to schedule an appointment and discuss the matter soon.

By Lauren H. Kane | Posted on July 14, 2022
« Do Men Don’t Ask For Alimony In Divorces? They Should
Divorce, Pandemic One Factor In Uptick In 50+ Homelessness »